A good friend of ours has made it quite clear that, in the cruising world, plans are “written in sand” and prone to fast change. For those that read the original posting of “Our Plan”, you will note a huge change (see Our Original Plan).

After moving aboard Dejarlo in early April, 2018, we spent a month in Fort Pierce City Marina organizing our belongings, doing some minor repairs and spending time out on the water getting to know our new home (see Our Time in Fort Pierce and the CLODs).

We’ll depart Fort Pierce mid-May and slowly make our way north along the Atlantic Inter-Coastal Waterway to the Chesapeake Bay region. Along the way, we’ll pay another visit to Cumberland Island (see The Splendor of Cumberland Island). We’ll continue north from Cumberland visiting the numerous areas of interest in Georgia and the Carolina’s and then make our way up to Beaufort, N.C., and into Pamlico and Albermarle Sounds. At this point we’ll have some options as to how to proceed up to Norfolk at the southern end of the Chesapeake. We’re pretty certain we want to take the slow, scenic route through the Great Dismal Swamp, which we’ll enter at Elizabeth City, N.C. [COMPLETED]

We may spend the entire summer exploring the Chesapeake. After all, there’s lots to see! We could head up the Potomac for Washington, D.C., with a stop at George Washington’s Mount Vernon. We’d love to spend some time exploring the numerous bays on the eastern side of the Chesapeake. We’d like to spend some time exploring some of the small islands dotting the Bay such as Tangier Island (while it’s still there!). We may decide to head north out of the Chesapeake to New York. At Battery Park we could veer left and head up the historic Hudson River Valley, or we may veer right and head up into Long Island Sound, maybe as far north as Martha’s Vineyard and Cape Cod. [Sailed and motored into the Chesapeake. Visited Tangier Island. Eventually, put the boat into storage at Solomons, Maryland.]

Eventually, sometime in the late summer of 2018, we’ll pull the boat out of the water and into a boat yard and spend a month, or more, performing some upgrades. We’re thinking about some new electronics, some work on the bottom, an upgrade to our lifelines, and various other repairs and upgrades. [COMPLETED]

In late October, we’ll put the boat into storage for the winter and head back to St. Louis. We’ll spend a month or so visiting with family and friends before hopping into the truck and RV and heading south to Louisiana for a visit with Jane’s brother and family, then down to Alamo in far south Texas to visit with John’s brother before a short hop up to Port Aransas, Texas where we’ll relax for a month and celebrate our thirtieth wedding anniversary. After that, a three-week visit to one of our favorite hiking destinations, Big Bend National Park in West Texas before heading into New Mexico, Arizona and California. Those areas on our radar for visits after Big Bend include Carlsbad Caverns National Park, Sonoran Desert National Monument, Organ Pipe Cactus National Monument, Joshua Tree National Park. [COMPLETED]

We’ll slowly start heading back to St. Louis around the end of March with the intention of arriving around mid-April. We’ll spend a few weeks in St. Louis before heading back to the boat in Maryland. After a month, or so, of upgrades to Dejarlo, we’ll sell the truck and RV and settle into the cruising lifestyle aboard Dejarlo … FULL TIME. [COMPLETED]

We’ll depart Solomons, Maryland, in late October, 2019, sailing south down the east coast with plans to be back in south Florida sometime in December. Prior to that we’ll have several months to make some upgrades to Dejarlo (new electronics, AIS, radar, watermaker, etc.) and continue our sailing exploration of the northern and mid-portions of the eastern U.S.

After some time in the Fort Pierce/Vero Beach area visiting with friends, we’ll head down to a point just south of Miami (No Name Harbor) and wait for a good weather window (click here for explanation) to cross fifty miles across the Gulf Stream to Bimini in the Bahamas. We’ll spend five or six months exploring the Berry Islands,  Eleuthera and the 365 island chain of the Exumas.

We plan to arrive in George Town, Great Exuma sometime in May. Where we head from there is anyone’s guess. We may head over to the western shores of Long Island, or south to the Jumentos Cays and Ragged Islands.

Sometime before the 2020 hurricane season gets brewing, we’ll head back to the States and sail north into cooler summer temperatures. We’re thinking maybe Massachusetts or Maine.

To be determined, but the Eastern Caribbean is really high on the list.

We may sail up the Hudson River, through the Erie Canal and into the Great Lakes. We may sell the boat, buy another RV and tour all the National Parks for a few years.

We may buy a condo in Vero Beach, Florida, and play pickleball with our friends.

We’ll just have to see where this adventure takes us.

So that’s the latest plan.

However, we retain the right to make changes at any time.

After all, we’re in no hurry to get anywhere fast!

Subscribe below to get all our new posts, videos and updates delivered straight to your inbox. 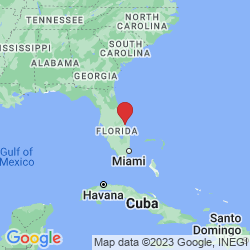 We're in the Vero Beach area visiting with friends. Sometime around mid-January we'll head to south Florida and prepare to sail across the Gulf Stream to the Bahamas for a few months. [Click map to enlarge.]