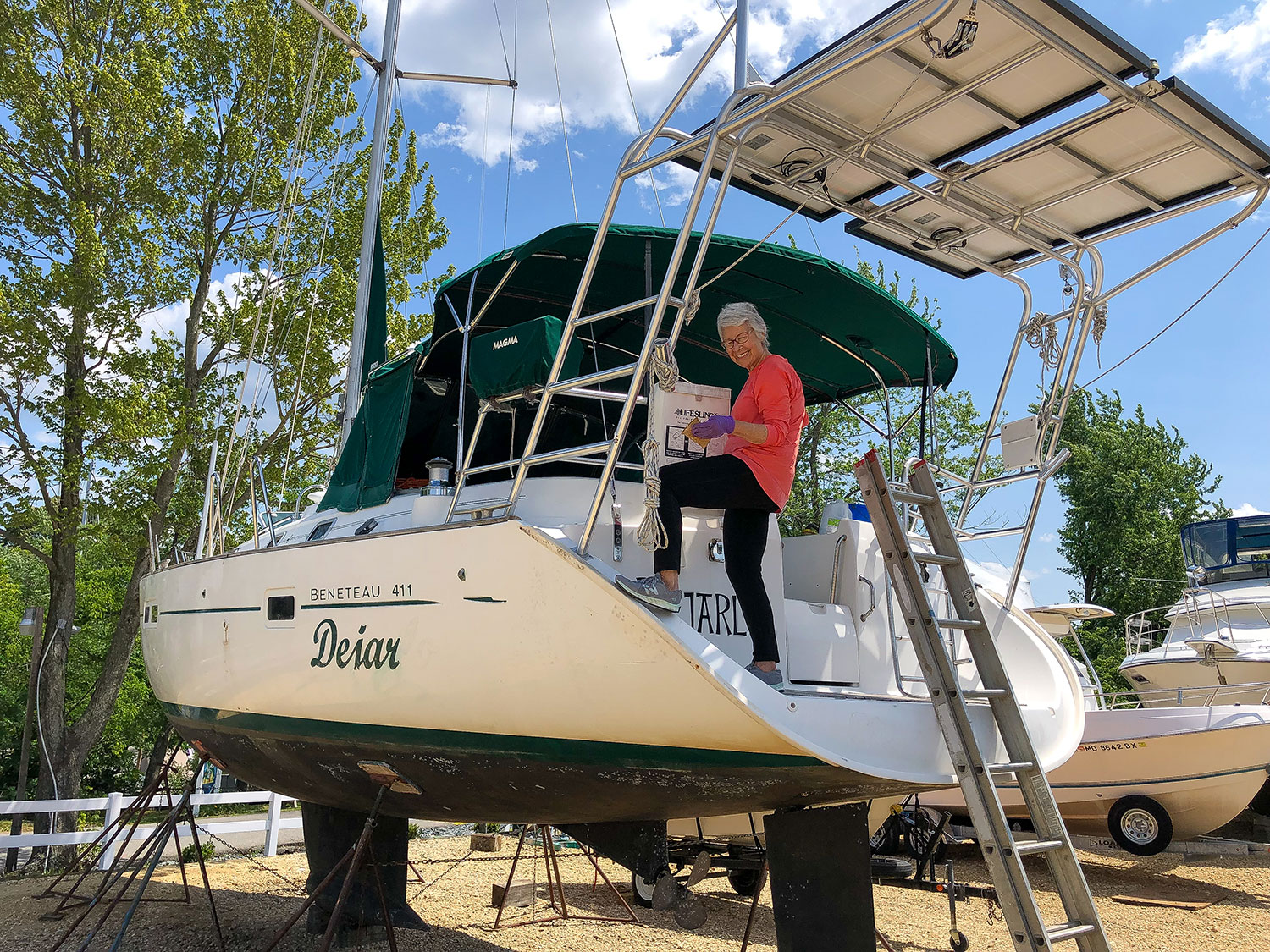 We Got Our Butts Chewed Out By A Good Friend!

It wasn’t like we weren’t half-way expecting the call. And frankly, we deserved the chewing out. After all, we hadn’t posted to our blog, WanderOurWay.com, since March 16th!

So, the call went something like this: “Where the hell are you guys?!?! Are you still alive? Did the boat sink? Did you drive the RV off a cliff?”. The admonishment went on and on and on from there. It was embarrassing. I felt like I used to feel when I would get chewed out in fourth grade by Mrs. Grismore because I hadn’t done my arithmetic homework.

But our good friend was right! When we started this travel blog, we made an unspoken promise with our followers to keep things up to date. We failed, and we’ll do our darn best not to let that happen again.

The fault really belongs to me (John), as keeping the blog up to date is my responsibility. That may change in the future but, for now, it’s all on me. So, Jane’s off the hook.

So, what has happened since the blog post of March 16th? You may recall that we spent several days in Alamogordo, NM, visiting White Sands National Monument. From there we headed on to Deming, NM, to spend a day hiking and visiting with Jim and Dottie Davito, cherished friends from back in Illinois.

After that, we (the blog) went dark!

So, where have we been since March 16th? Where are we now? What are our future plans?

The answer to those questions is much more complicated than can be answered in this email. So, here’s what we’re going to do. We’re going to do a video! That’s right, we’re heading over to the world of YouTube!

We took tons of photos and videos of our travels since March 16th. So, we’re going to compile everything into a YouTube video, with us as narrators. We started putting everything together this morning after breakfast, so it shouldn’t take more than a week to get everything pulled together, edited and posted.

We’ll see how this experience goes. Who knows, we may like this format so much that Wandering Our Way’s future will be YouTube. Our grandkids tell us YouTube is the way to go. We’ll see.

We can’t finish this email without somewhat answering those three questions, “Where have we been since March 16th?”, “Where are we now?”, and “What are our plans for the future?”

Let us preface everything by stating that we are having a blast! We really are! We’re enjoying the whole experience, even the few hardships and roadblocks we occasionally experience, and in ways that we never thought possible before we started this adventure. It’s a bizarre contradiction of logic. We never dreamed that transforming our lives from 3,000 square feet to 200 would have such a profound positive impact on the way we view ourselves and the world around us. We should have started this adventure much, much earlier.

Now to those questions. Let’s start with, “Where are we now?”

We’re currently in Solomons, Maryland, getting Dejarlo (the boat) ready for our second season of travels. We left Dejarlo here last October, “on the hard”, in storage, for the winter. We’re spending the next six to eight weeks in the boatyard at Spring Cove Marina doing some upgrades before Dejarlo is launched back in the water and we move aboard, full time. We’re continuing to live in our RV at an RV park a twenty-minute drive from the boatyard.

Here’s a short list of just some of the upgrades that are either underway, or planned:

All this, in addition to lots of other things like scrubbing, scraping, polishing, waxing, sanding and varnishing.

Yep, we’ve got a lot of work to do before we head out again! With all these upgrades, it would make one think that we were headed somewhere. You would be right!

Next question: “Where have we been since March 16th?”

We’ll save much of the details for the video. But here’s the Cliff Notes version: After departing New Mexico, we traveled through southern Arizona and California while trying our darnedest to visit all the National Parks and National Monuments in the area. We off-grid, dry camped on federal BLM land whenever we could. We hopped down to Mexico a few times for lunch. And we absorbed as much of the wonder of the southwestern desert as we could. We made it all the way to the Pacific Ocean at San Diego, before looping around and heading the rig easterly. We visited Joshua Tree National Park, the Grand Canyon and Santa Fe, New Mexico on our way back for a month-long visit with family and friends in the St. Louis area. We then traveled down to Nashville where Jane had a fun couple of days with her younger sister, Cathy. And then it was on to Lake Norman, just north of Charlotte, North Carolina, to spend a wonderful couple of days with John’s hometown friend Mike and his wife Sue. What a great time we had, guys, Thanks again! Then it was on to Solomons, Maryland, where we are now.

In summary, after putting Dejarlo in winter storage and departing the Atlantic Ocean at Solomons last October, we drove the truck and RV over 7,500 miles to the Pacific Ocean at San Diego, and back. It’s a long way to travel for an average tasting Bloody Mary and $100 lunch at the Hotel Del Coronado!

And the last question, “What are our future plans?”

Here’s the short and sweet answer: As soon as Dejarlo is re-launched following her refit, we’ll spend some time sailing the Chesapeake Bay, doing post-refit sea trials and exploring. If there’s time, we’d like to sail up the Potomac to Washington, D.C. In October, we’ll attend the Annapolis Boat Show. Immediately after the boat show (weather permitting), we’ll head south out of the Chesapeake, destination Florida. As you may recall, when we came north with Dejarlo from Florida last summer, we spent the entire trip in the narrow, winding, shallow waters of the Intercoastal Waterway (ICW). We mostly motored, with little wind or room for sailing. When we head south for Florida this fall, we intend to spend as much time as possible out in the Atlantic, on the “outside”, avoiding the uncharted shallow waters of the ICW and low bridges requiring an opening by an unenthusiastic attendant at scheduled times never convenient for a slow-moving sailboat. We’ll do what Dejarlo was designed to do best – SAIL!

We’ll spend a couple of months in Florida visiting friends. Maybe we’ll head down to the Keys for a few weeks.

Sometime around January, we’ll head sixty-five miles across the Gulf Stream to the Bahamas. Our plan is to first explore the Abaco Islands, then south to the Eleuthera’s, then even further south to the Exuma Islands, destination George Town. We’ll spend five- or six-months island hopping the Bahamas before the 2020 hurricane season forces us to move somewhere else.

That’s it for now.

Thanks following our adventure! We’ll see you next time on YouTube!

Rocks, Sand, Mexico, Boondocking and a Visit from Back Home