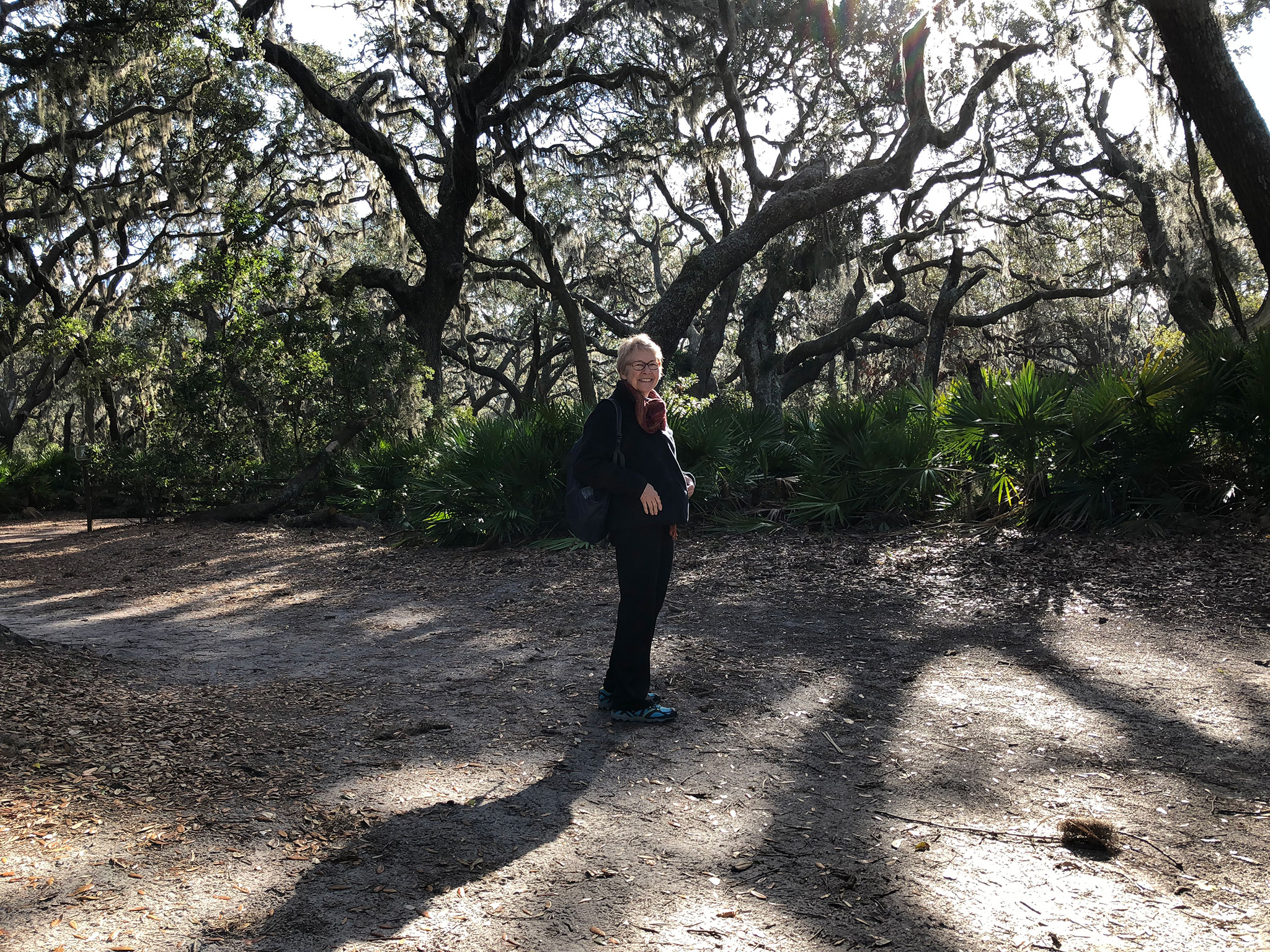 The Splendor of Cumberland Island

“In all things of nature there is something of the marvelous.” – Aristotle

Even if we were not enamored with Cumberland Island, we would want to spend time in sweet St. Marys. It’s a small 1700’s-era historic town with a big maritime history, a present, and a future. Directly next door is the Kings Bay Naval Submarine Base, home to our Atlantic fleet of Ohio class nuclear submarines. St. Marys sits right at the FL-GA border and right on the St. Mary’s River (a section of the Intercoastal Waterway) and the Atlantic-heck of a nice waterfront with plenty of restaurants, café’s, independent shops, and VIEWS! We are told it is a mighty sight when the doors open and a stupendous, black sub lumbers out or enters the Base.

In early February when we visited, the town docks for both pleasure yachts and commercial fishing boats (lots of shrimp) were almost fully reconstructed from bad girl Hurricane Irma. “Part of the price we pay for living on these beautiful shores…that and no-see-ums”, said a shopkeeper I visited. The beautiful historic homes, strongly built for their location, sustained little damage. Neither did the well-protected St. Marys Boatyard, a serious working boatyard where we slipped in and watched awhile-no sailboats for sale, though, we could have considered a proud old shrimper in need of a major refit… 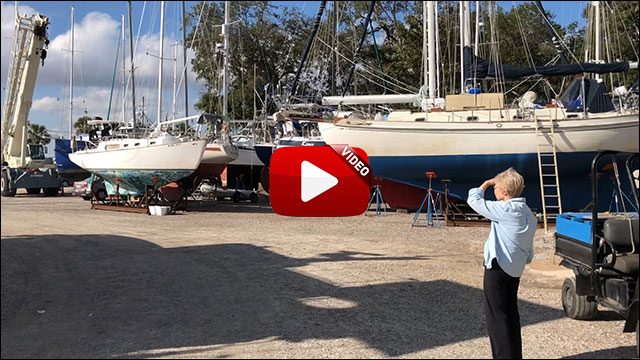 “This place leaves me breathless…” – Jane

17.5 miles long and 2.5-3 miles wide, Cumberland is Georgia’s largest barrier island against the vagaries of the Atlantic Ocean. It’s off Georgia’s southeast coast, right at the FL-GA state line.

Let us try words to describe it, emphasis on TRY; the accompanying video will expand on that, too.

Cumberland is a wilderness island-rare, pristine, and downright precious. It is maritime forests, undeveloped beaches with windswept dunes. It is marsh, mudflats, tidal creeks, and small freshwater ponds. It’s the most biologically diverse of the east coast barrier islands with feral horses, wild boars, raccoons, snakes, alligators, armadillos, all of whom have the run of their island. In addition there are  many bird species, and the well-known endangered and vulnerable turtles of Cumberland’s eastern shore, the loggerhead, leatherback, and green sea turtle populations, who all attempt a survival stand each year in the pounding surf.

There is also a long history of humans on Cumberland. The first known are the Timucuan Indian tribes, then came the well-known names of history: Oglethorpe, Lee, Carnegie, Rockefeller, Candler, and Kennedy. African slaves whose labor and lives were essential to the Island have some of their names carved on basic headstones at High Point Cemetery.

The NPS carefully administers the Island now, and only a few people (mostly Carnegie relatives) have the right to remain there…until they die. You won’t see them, though. Their homes are shielded behind the flora and locked fences. We did, however, see homes, mansions, and some ruins of the Carnegies and others from that era of American history.

If you’re lucky you’ll see a 46-year resident of the north end of the Island, Carol Ruckdeschel. She is fanatically dedicated to preserving the flora and fauna of Cumberland, especially the turtles – she is called the Jane Goodall of sea turtles. Her very simple house and lab is located yards from the First African Baptist Church, where JFK Jr. was married. We visited the Church, saw Carol’s house, but didn’t get to meet her.

When you go, call ahead, way ahead depending on the time of year, to the NPS in St. Mary’s for ferry tickets. Only 300 people are permitted on the island each day. Your ticket entitles you to ferry back and forth (don’t miss the return ferry!) and spend the entire day on Cumberland, as we did. There is cell phone service, water, and a bathroom at the dock, but we carried food, bug spray and sun screen. Each day a few people can purchase van tickets to the north end of the island, as we did. It’s too far to hike, thirteen miles each way. We “vanned” our first trip and hiked the south end on our second. Both were terrific.

Can you feel our love for Cumberland? It was magic for each of us on our first visit and more so on this second. Crushed shell paths, pounding surf and horse hooves, ancient live oaks draped in Spanish moss, and … SILENCE.

See a short video of our visit to Cumberland below …