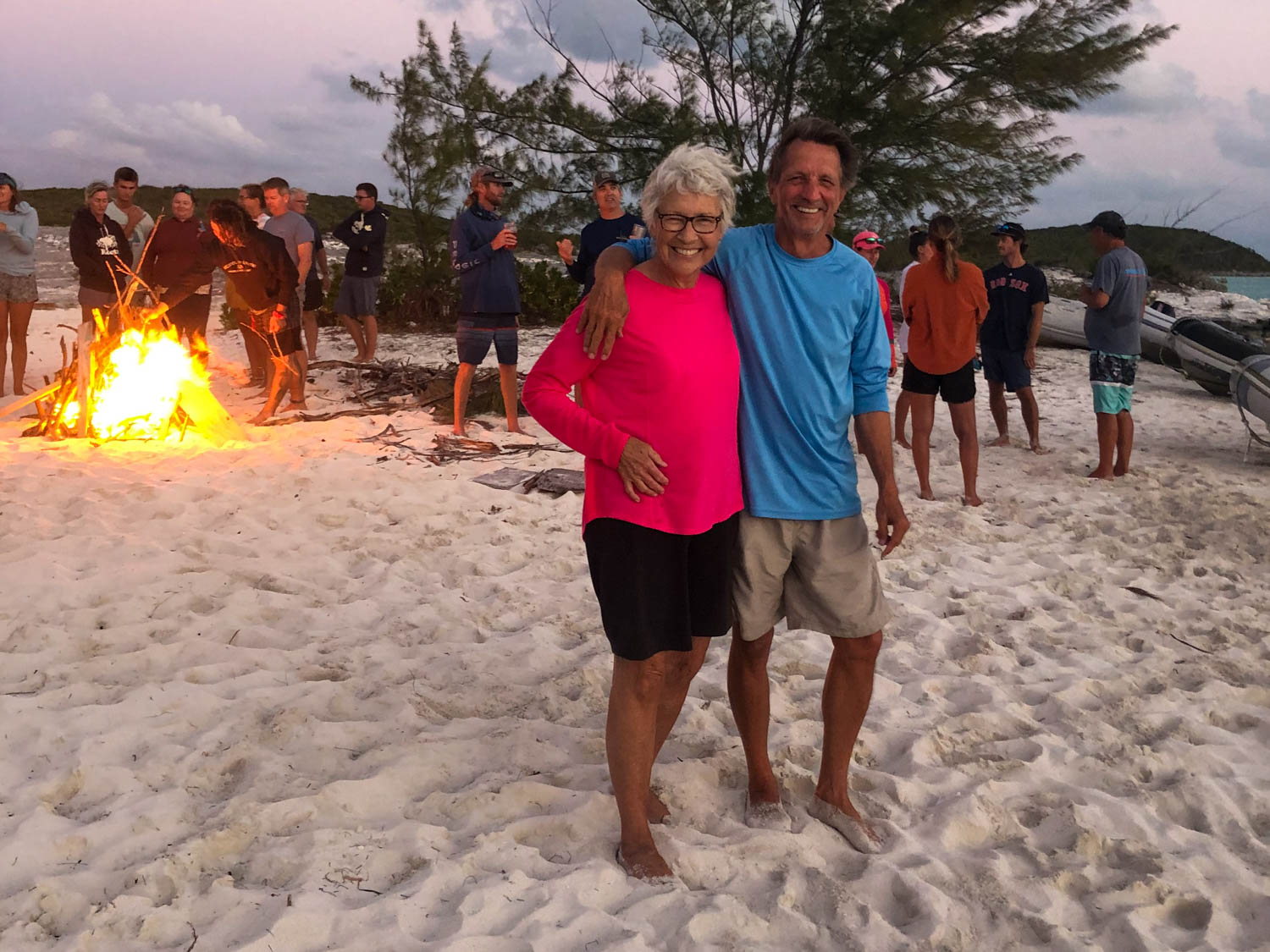 It’s been such a long time ago since I posted to this blog, I’m having a hard time figuring out where to start. Every time I sit down to write, I’m soon enveloped with panic over all that I’ve missed since our last post. Once the panic sets in, I cease being a writer and instead decide it’s time to take a nap. Jane finally put her foot down. If I want lunch, I must write!

I just checked. We last posted on March 30, 2021! That was over a year ago! We were leaving our anchorage at Key Largo and heading over to the Bahamas for the first time.

The first two possibilities would be wrong. The third is right on the money!

In fact, we spent over 100 days of the year 2021 – from the third week of March through the end of June – in the northern Bahamas exploring Bimini, the Berry Islands and the Abaco Islands. We traveled close to 600 miles while exploring those beautiful waters. The whole experience was breathtaking! We’d love to catch you all up on that trip, but it’ll have to wait for another time. What we really need to do is catch you up on our current cruising season in the Bahamas … the cruise of 2022!

After returning to the States the end of last June, we spent the summer of 2021 and hurricane season in Florida doing repairs and upgrades to Dejarlo, while spending time with our wonderful friends in the Vero Beach/Fort Pierce area.

On February 4th of this year, we departed our marina in Sebastian, Florida, heading south along the coast past Miami to Key Largo in the northern Keys. From there we planned to cross over to Bimini in the western Bahamas once again, a trip of approximately eighty miles. On February 27th, at 4:00 am, we left our anchorage off Key Largo, headed offshore several miles into the Gulf Stream and pointed the bow of Dejarlo towards Bimini. We arrived at Bimini Bluewater Marina and tied Dejarlo into our slip about twelve hours later.

Following all the Bahamian Customs and Immigration formalities, we quickly settled into the Bahamian culture as we waited several days for the passing of inclement weather allowing us to proceed on the next leg of our trip east into the Bahamas – a long, 80-mile crossing of the Bahama Banks to the southern tip of the Berry Islands. From there, it was another thirty miles across the “Tongue of the Ocean” to the cruise ship capital of the Bahamas … Nassau.

After a few days in the bustling city of Nassau, where we enjoyed the big city luxuries of large grocery stores, Domino’s Pizza and Dairy Queen ice cream, we headed thirty-five miles southeast to Highborne Cay, located towards the northern tip of the Exuma island chain. We would spend the next two months exploring as much of this majestic 365 island chain as possible – from Highborne Cay in the north, to George Town in the south.

Many cruisers don’t make it as far south in the Exumas as George Town. It’s pretty far south and requires leaving the usually docile Bahama Banks to head out into the sometimes angry, deep-water Exuma Sound to get to George Town. We’re glad we made the effort, as this is a cruising mecca for many and a yearly destination for hundreds of boats. When we arrived, there were 350 boats anchored around the George Town harbor. Many cruisers from many foreign lands come here for many months at a time. The previous stewards of Dejarlo (Pam and Ollie) came here every year for several months each year for several years. Dejarlo was happy to be back in George Town waters. You could almost hear her giggling with excitement! We even got some calls on the VHF radio from long-time “George Towners” who remembered Pam and Ollie on Dejarlo from years back, excited to see “the famous Dejarlo” back in the harbor.

This is a wonderful cruising community. We understand now why this is a yearly destination for so many boats. In addition to the beautiful waters and comradery of fellow cruisers, you can find just about all the supplies and provisions that you would find back in the States. And, if you find yourself with some type of boat problem that you’re struggling to solve, just get on the VHF radio and ask for some assistance. There will be at least five dinghies tied up to your stern within fifteen minutes with a helping hand!

We were going to stay here for a week before moving on. We stayed three weeks!

From George Town, we moved back north to explore those areas of the Exumas that we missed in our rush to get south to George Town. In particular, we wanted to spend time in the breathtaking 112,000 acre, 22-mile long Exuma Cays Land and Sea Park. What a place! In total, we spent about two weeks in the Park, dinghying to remote corners of the islands, swimming and snorkeling in crystal clear water. Sorry, no fishing in the Park. These fish are protected. And they know it. Turtles, sharks, and other wildlife come right up to the boat to say hello. It was truly a sight to behold, and we can’t wait to come back again next year.

After a pleasant eight-hour passage east from Warderick Wells, we arrived at Rock Sound on Eleuthera Island, where we are currently anchored for a few days.

From here, we’ll head north to Hatchet Bay while continuing our exploration of Eleuthera, then on to Spanish Wells at the northern tip of Eleuthera where we’ll spend about a week getting to know that popular cruising destination.

We should be returning to the States around the first of July after a total of over 1,000 miles this season. After settling into life back in the States, we’ll make some decisions about where we’ll be spending the summer hurricane season, and our plans for the cruising season of 2023.

We’ll keep you up to speed with our plans and promise to do a better job with descriptions, pictures, and videos of the wonderful stops we’ve made along this journey so far.

Hope all is well with everyone. We’ll visit again soon!