Our Reluctant Return to Land Life … But Only for the Winter!

Following our transit across the Chesapeake Bay from its eastern shores and our visit to Tangier Island (see Sailing to the Disappearing Island of Tangier), we made our way into Solomons, Maryland, and Spring Cove Marina. We wanted to check out Solomons as a possible spot to over-winter Dejarlo. Spring Cove Marina has a great reputation among cruisers and is tucked away up Back Creek, off the Patuxent River, and off the Chesapeake, providing plenty of protection from winter storms.

It turned out that Solomons’ location also provided comforting protection from high winds, waves and storm surge as hurricane Florence bombarded its way onto land just 300 miles south of us. Even though we were close to one of the country’s greatest natural disasters, we experienced little of its effects due to our unique protection. As more and more ominous-looking tropical storms continued to brew out in the Atlantic, we thought this a good place to stay for a while.

Once hurricane season began to subside and fall temperatures settled in around us, it became clear that our sailing season was coming to an end. We’d spent the summer motoring and sailing Dejarlo 1,500 miles up the east coast from Fort Pierce, Florida to Solomons, Maryland. Perhaps that was plenty for our first cruising season. Cold weather was swiftly approaching and it was time to start thinking about putting Dejarlo into storage for the winter and us heading south to warmer climates. While we made arrangements with the boat yard for haul out, winterization and storage, John made arrangements to fly back to St. Louis to bring the truck and RV back to Solomons. We were beginning our conversion from cruising on water aboard Dejarlo, to cruising on land as RVers (see Our RV).

A few weeks later, Dejarlo was winterized, shrink-wrapped for protection and setting “on the hard”, awaiting new adventures scheduled for next spring and summer. We hopped in the truck with RV in tow, departed Solomons, and slowly made our way back to the Midwest for a quick visit before heading to south Texas and Arizona for the winter.

Along the way we spent five days enjoying the wonders of Washington, D.C., and a couple of days at Gettysburg National Military Park. Below are video and photos of some of those adventures. 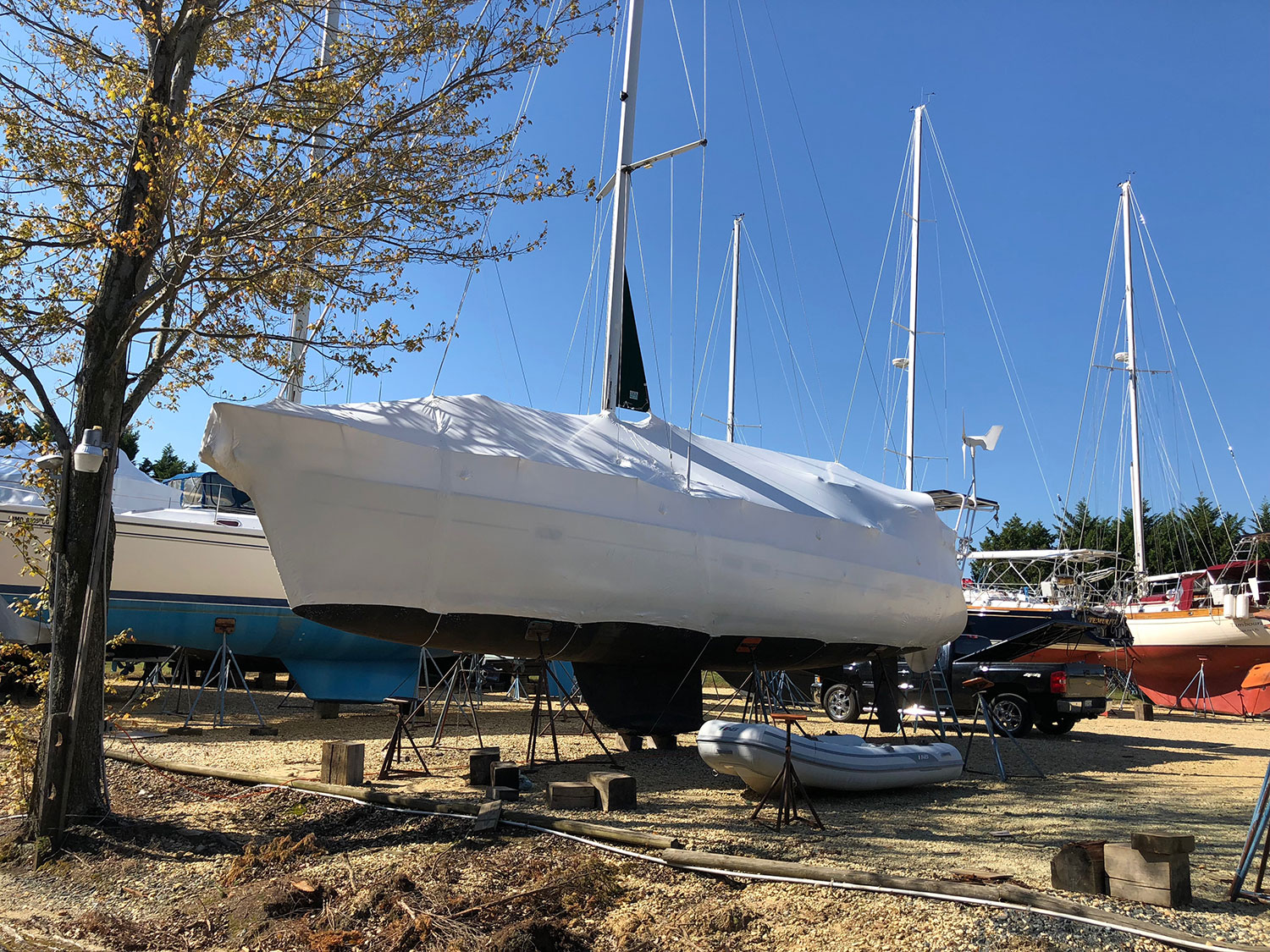 Dejarlo sits proudly in storage awaiting new adventures next spring. She has been shrink wrapped to protect her from the extremes of Maryland winters.

Visiting with the Washington family at George and Martha Washington’s Mount Vernon plantation during the visit of Jane’s sister, Micha, from St. Louis. 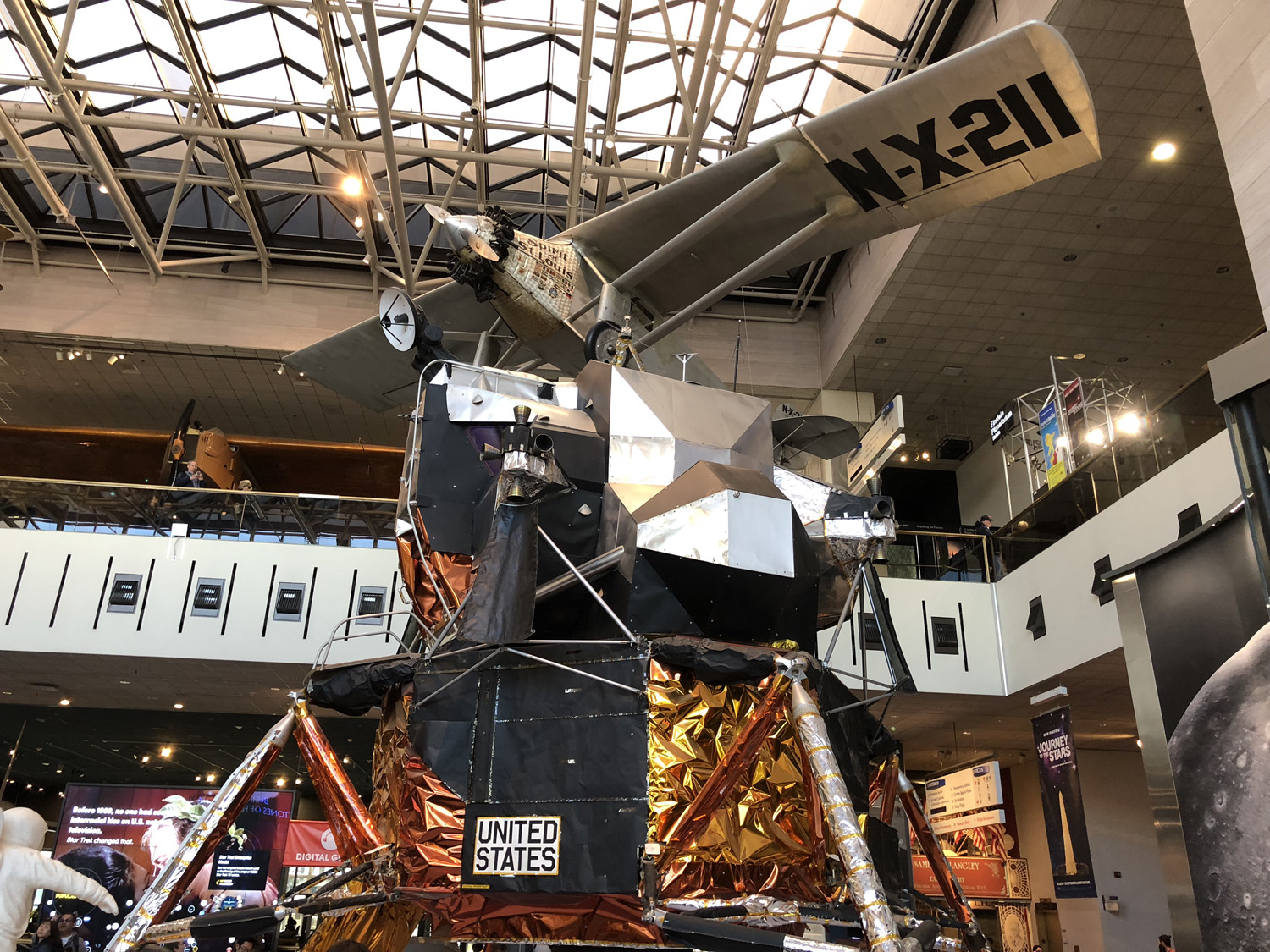 Charles Lindbergh’s Spirit of St. Louis flies proudly above a mock-up of the Apollo Landing Module. It’s amazing to think that the period between these two icons of aviation was only forty-two years! 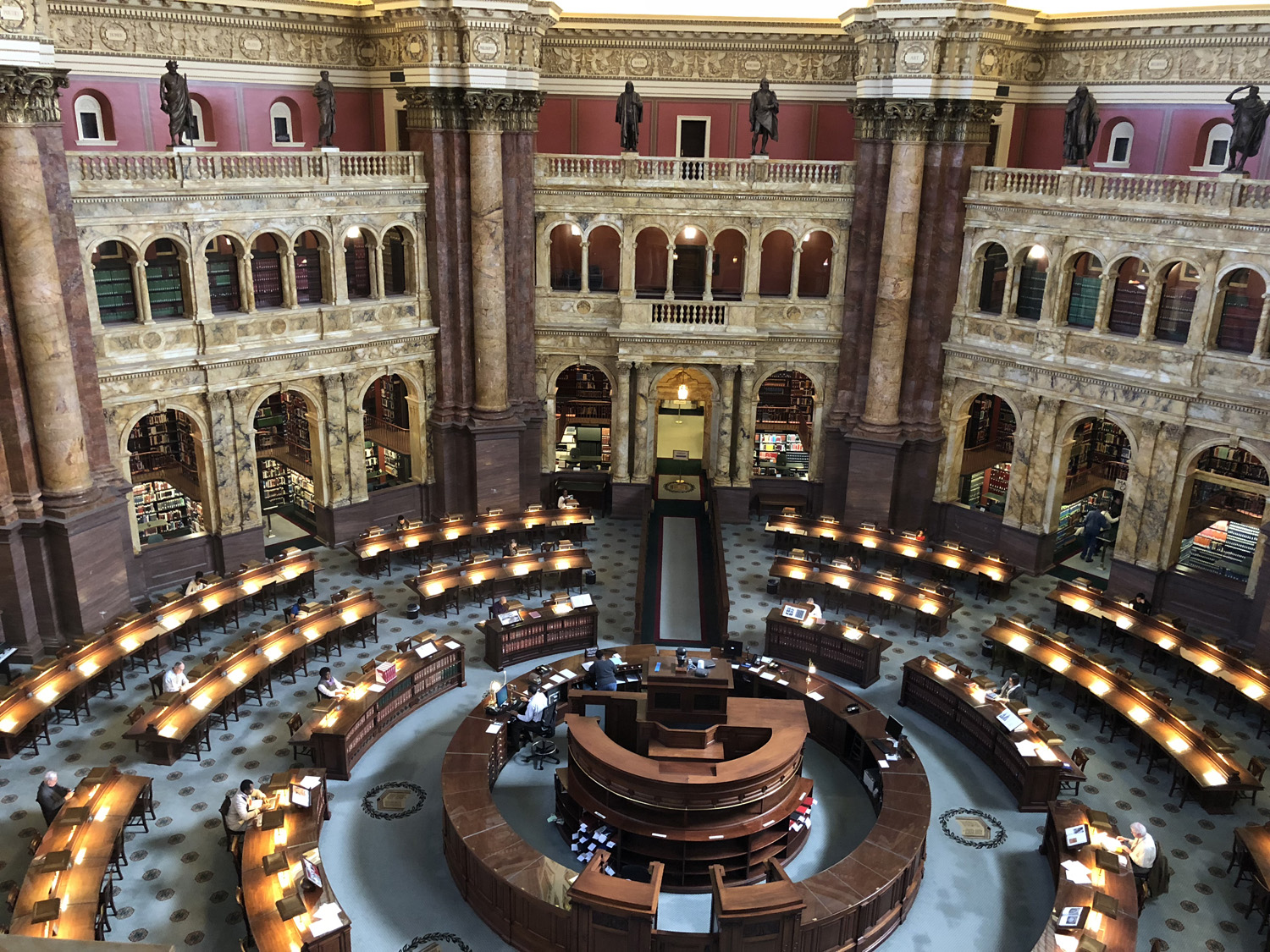 The main reading room of the Library of Congress.

A panoramic view of Thomas Jefferson’s Library on display at the Library of Congress [click on image for to enlarge]. 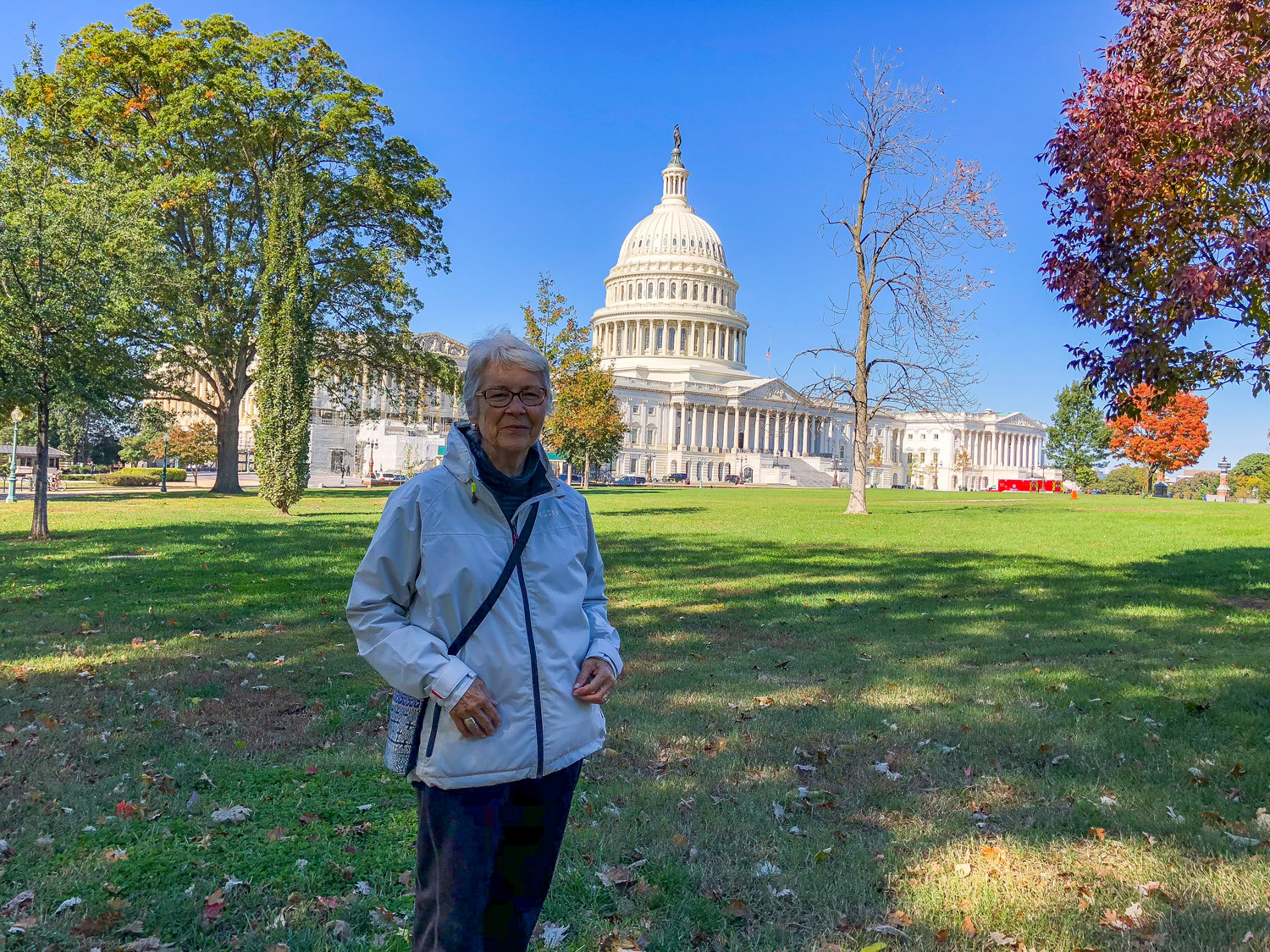 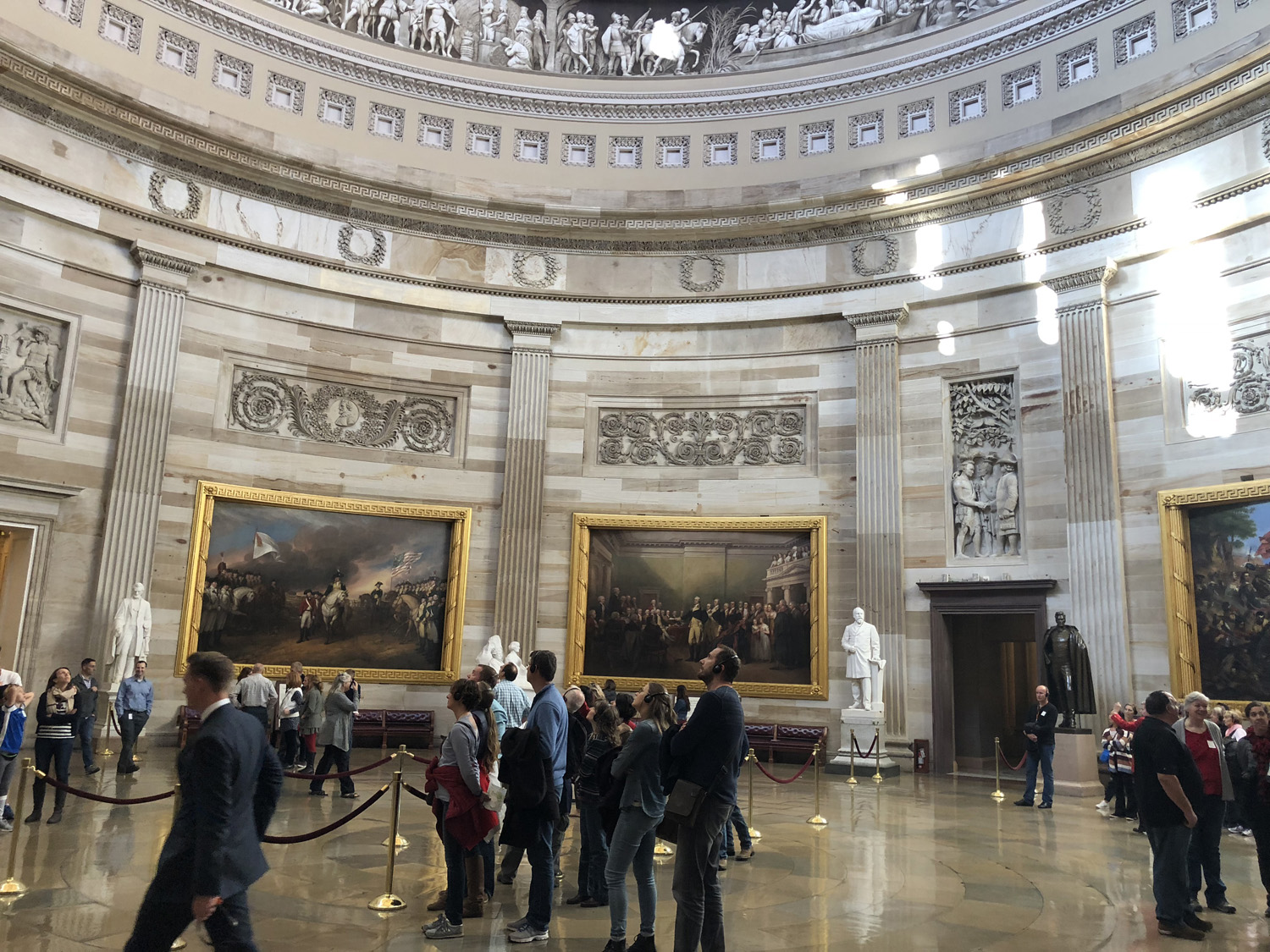 A tour of the U.S. Capital and our visit to the magnificent rotunda. 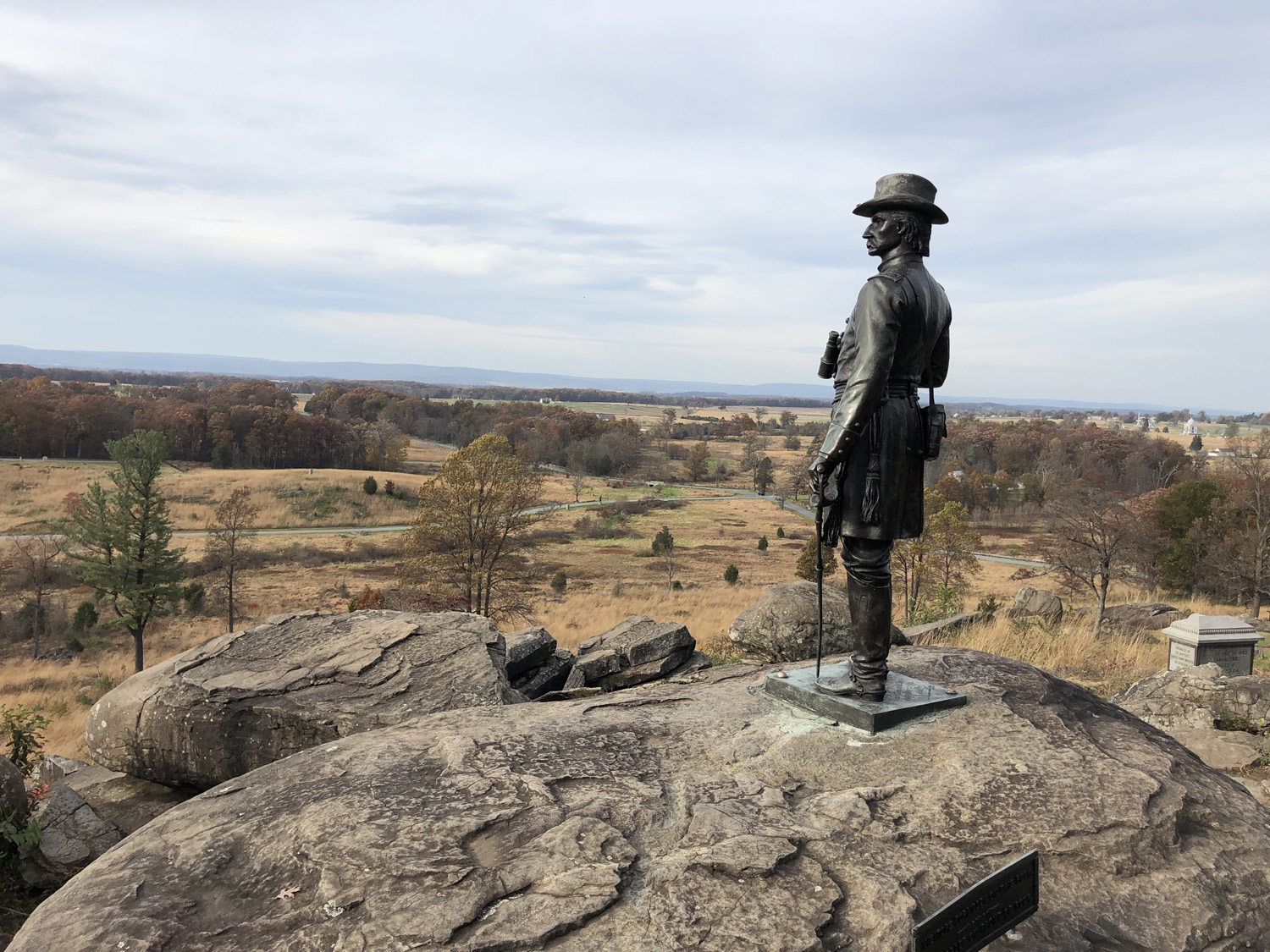 The statue of Union General Warren atop Little Round Top overlooking the Gettysburg battlefield.

A panoramic view from Little Round Top hill overlooking the Gettysburg battlefield [click on image for to enlarge]. 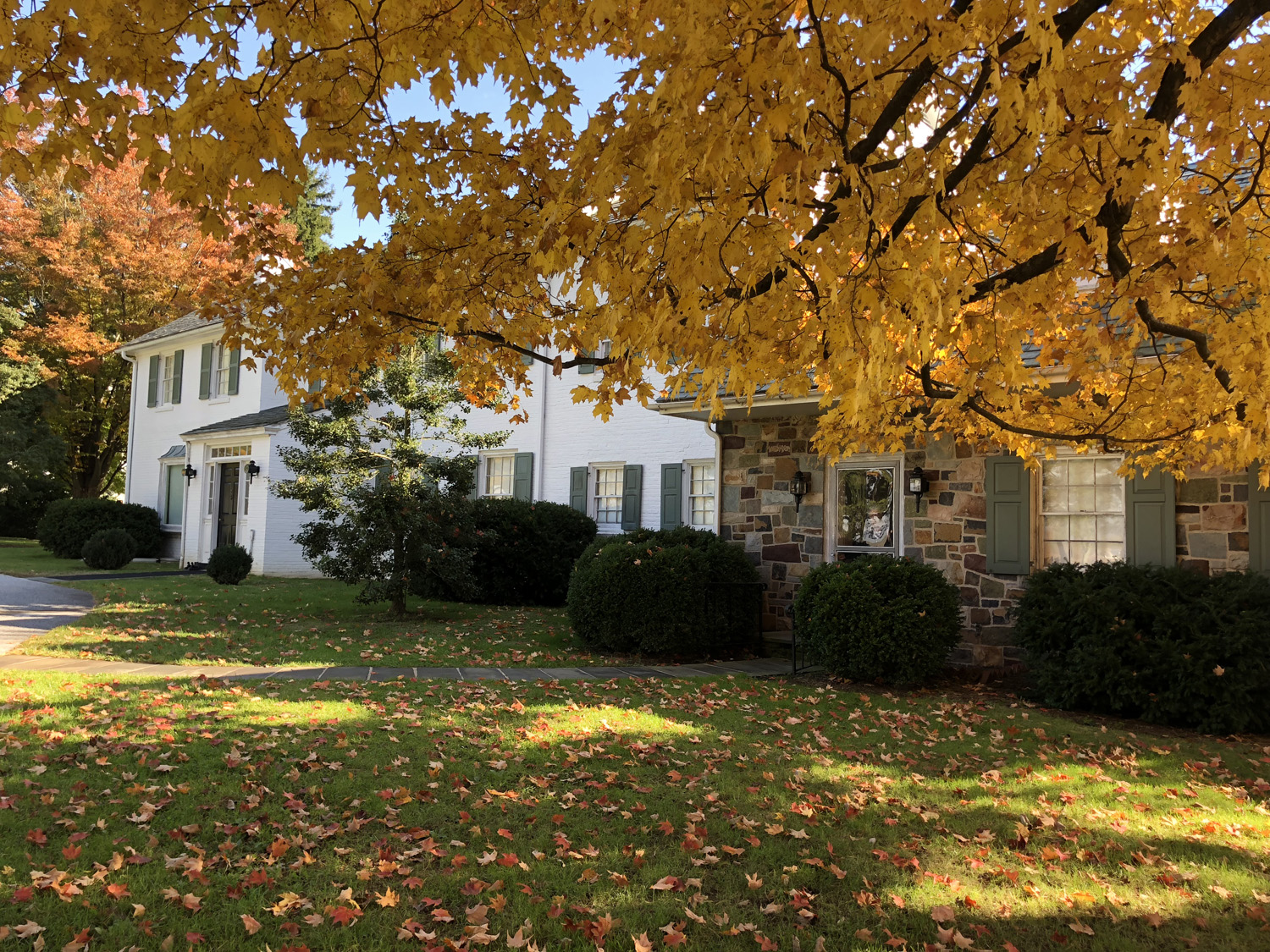 The Eisenhower farm, just off the Gettysburg Battlefield. Ike and Mamie retired to this working farm after his presidency and lived here for their remaining years.