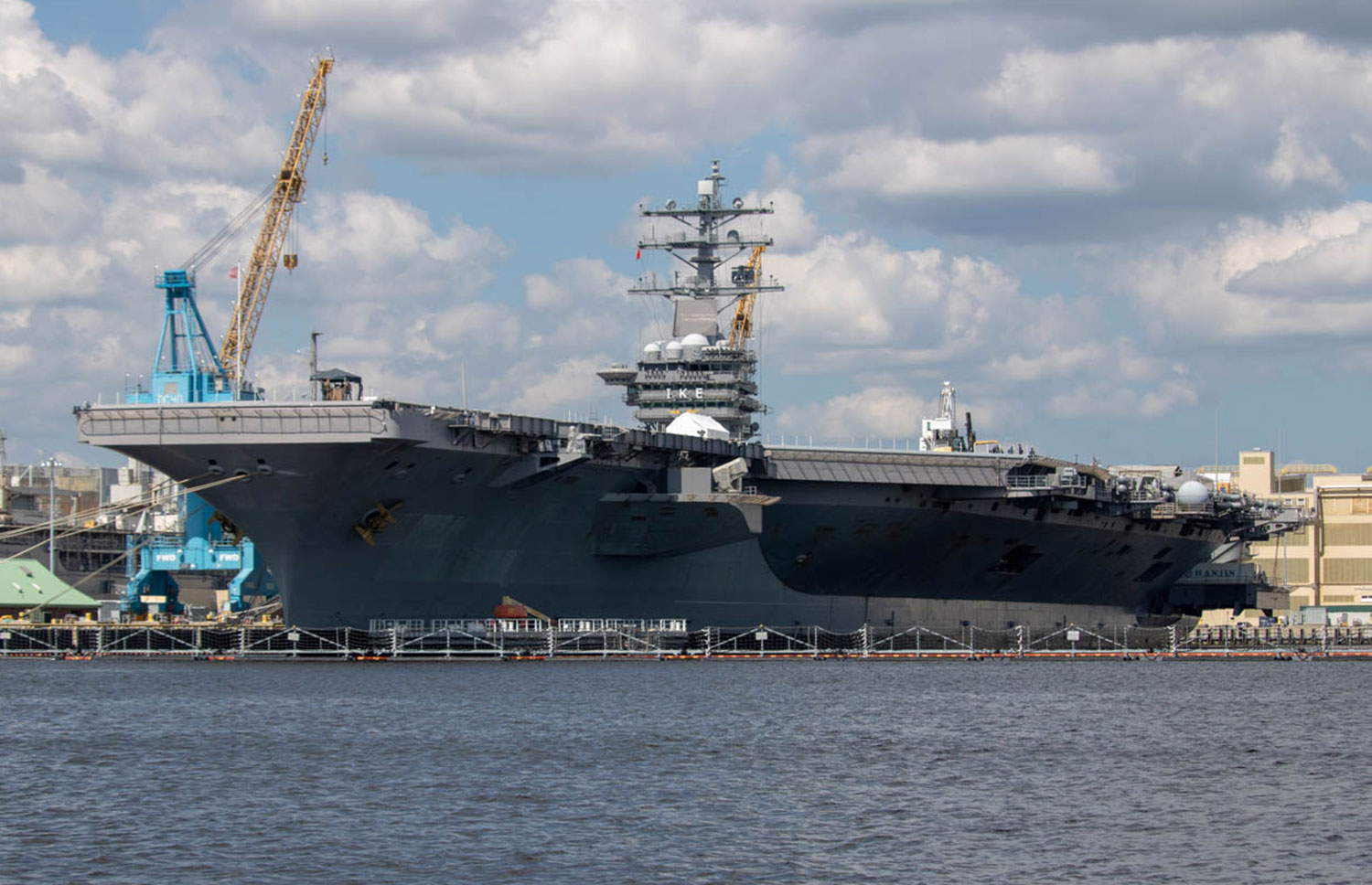 Aircraft Carriers, Destroyers, Submarines and a Beautiful Hideaway in the Chesapeake

After five days “on the hard” at Atlantic Yacht Basin, in Chesapeake, Virginia, having our leaking prop shaft seal replaced, it was time to head north again. Our destination was, and has been for the past four months, the Chesapeake Bay. We were so close to it now, we could smell it! But after our departure from Atlantic Yacht Basin and before we could enter the Chesapeake we had to travel through the Norfolk Naval Shipyard and Naval Station Norfolk.

We were about to find ourselves traveling less than a hundred yards from some of the most highly prized and security-sensitive naval hardware in the world! How is this possible? Well it turns out that the Atlantic Intercoastal Waterway goes right through the middle of this world-famous naval facility! Every year thousands of private and commercial vessels take this same route. However, it’s not without the presence of very visible high security. As we made our passage, we were politely escorted by a number of heavily armed security craft. It was no time for radical maneuvers at the helm. Slow and straight ahead was the theme for the day.

During the approximately fifteen-mile passage through the area, we saw several aircraft carriers, a couple of submarines, scores of destroyers, in addition to so many naval vessels of unknown purpose that we lost count. It was truly an amazing journey.

We had the cameras at the ready and got photos of several of the vessels, which can be seen below. We were challenged by a couple of you to launch the drone for even more interesting aerial photo perspectives, but the thought of the cold steel of handcuffs and a Naval brig kept the drone in the bag. Here’s what we were able to get by more conventional photographic means:

After our passage through the boatyard and base, we anchored for the night in Mill Creek, just off Old Point Comfort Marina, and a stone’s throw from the southern entrance to the Chesapeake Bay. The next morning, after coffee and breakfast, we pulled up anchor, headed out of Mill Creek and turned left. We were finally in the Chesapeake Bay! 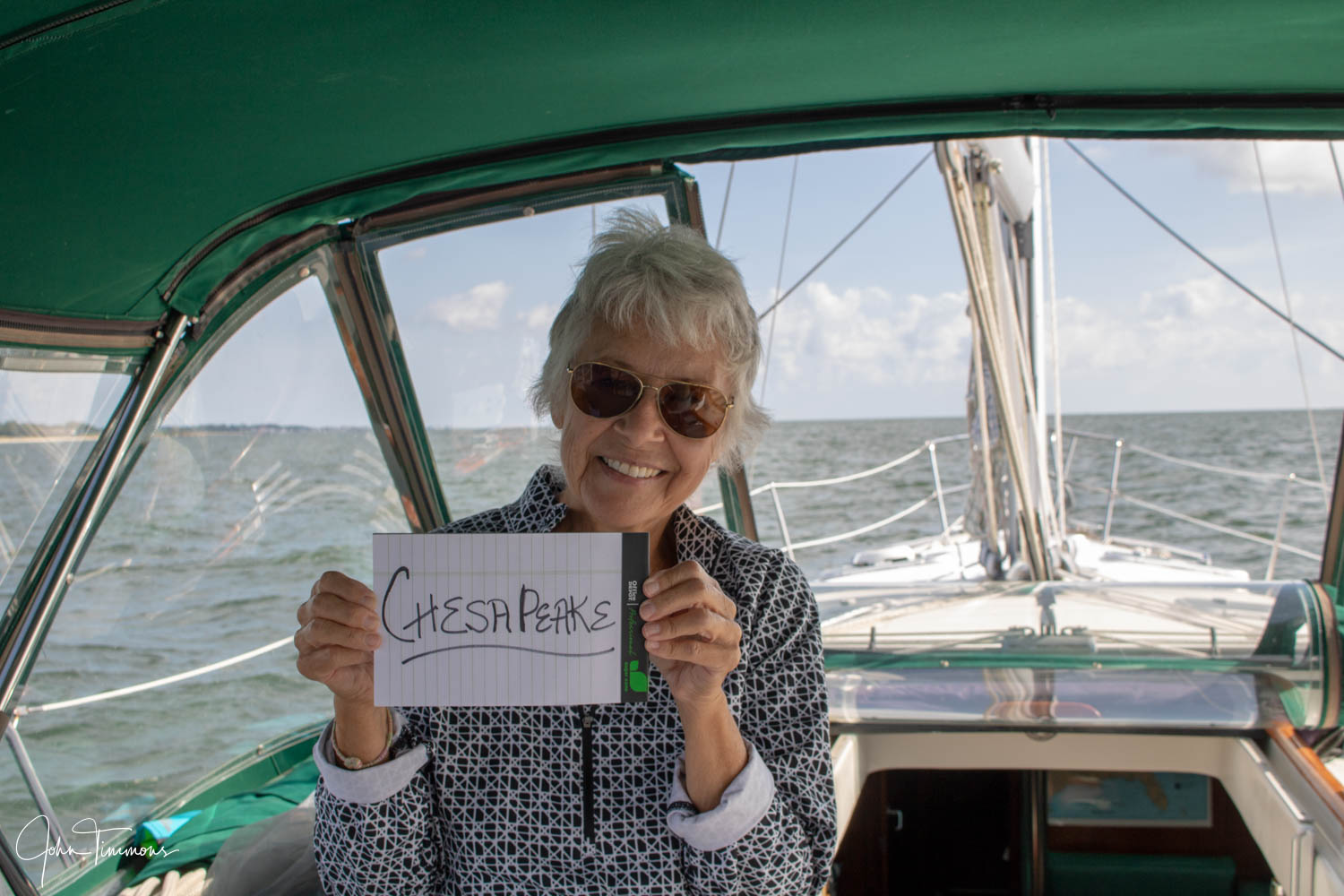 We finally make it into the Chesapeake Bay.

Soon after entering the Bay, we heard a bunch of commotion on the VHF, warning boaters to maintain a 500-yard clearance. A 500-yard clearance from what? We turned around to see the aircraft carrier, USS George H.W. Bush, following us out into the Chesapeake. Thankfully, as we turned north, the carrier proceeded east, headed for open sea. What a sight! 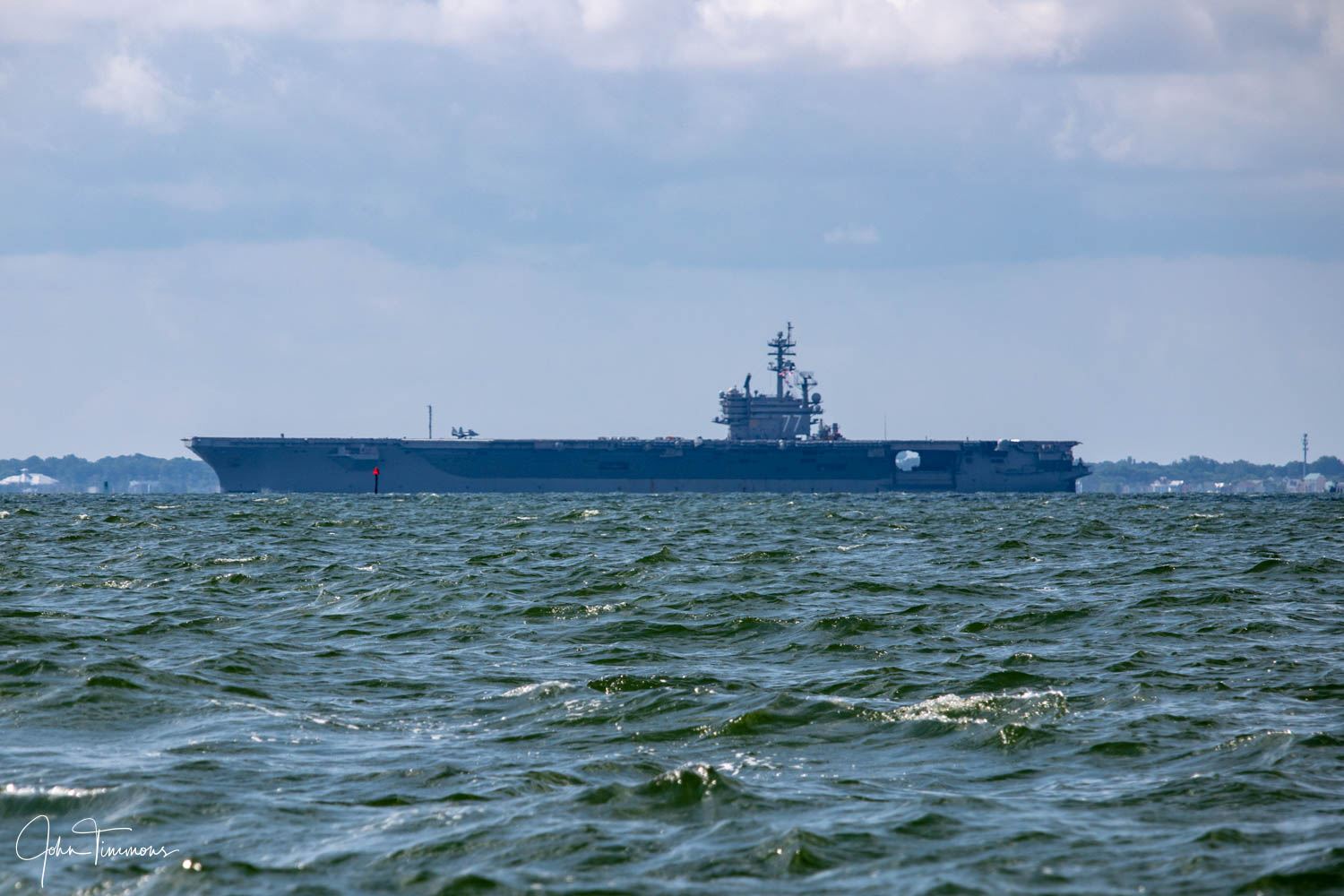 The USS George H. W. Bush Aircraft Carrier follows us out into the Chesapeake.

We were heading north, about thirty miles, to an anchorage in the East River, just off Mobjack Bay. It was a choppy day on the Bay with waves of about three feet and a period of about four seconds. This was definitely the roughest waters we had experienced so far. However, we all handled it well, especially Dejarlo.

About four hours later we arrived in Mobjack Bay where we made our way up into the East River. We were rewarded with one of the most spectacular anchorages we had experienced so far – quiet, peaceful and beautiful. We were so impressed with the location, we decided to stay a couple of days and relax. 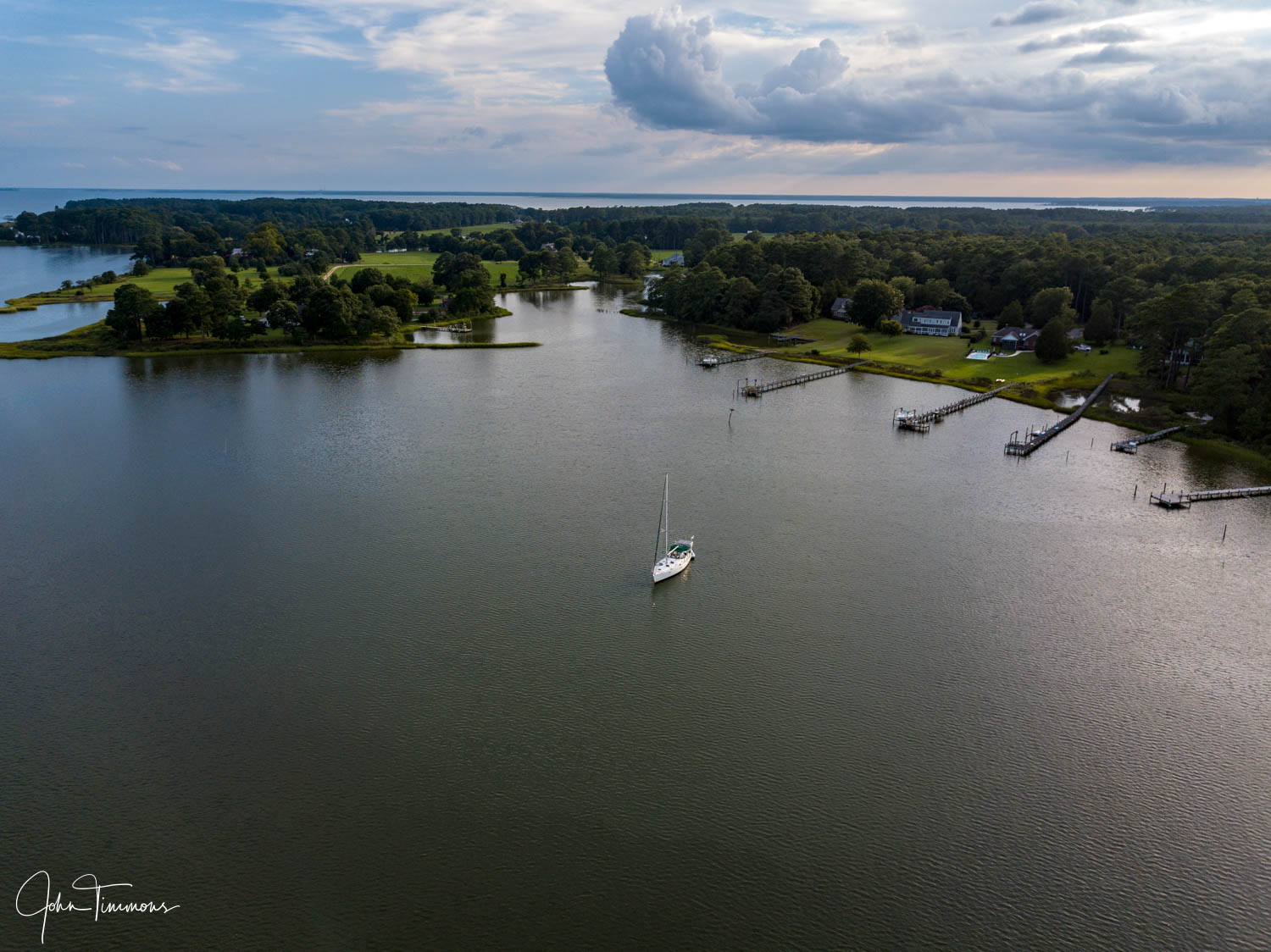 Our anchorage in the East River off Mobjack Bay.

In our next blog, we take you twenty miles in open water from the western to the eastern shores of the Chesapeake Bay to visit famous Tangier Island. We’d been dreaming about this trip for a couple of years, and we weren’t disappointed.

Until the next time …

Avoiding Snakes and Deadheads in the Great Dismal Swamp!